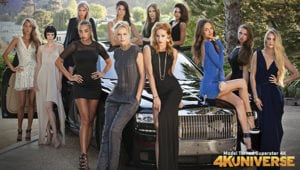 [Via Satellite 12-14-2016] 4KUniverse, a general entertainment Ultra-HD channel, has joined SES’ Ultra-HD line-up being delivered to cable operators and other television platforms across North America. A mix of documentaries, sports, movies, and TV shows aimed at Millennials and Generation-X viewers, 4KUniverse will make its debut in January on the SES 1 satellite, one of three satellites (SES 1, SES 3, and AMC 18) hosting SES’ North American Ultra-HD distribution platform at the center of the orbital arc.

Cable operators across the United States are currently receiving and testing the growing line-up of SES-delivered Ultra-HD channels across their systems, in preparation for the distribution of Ultra-HD content to their subscribers, according to the company.