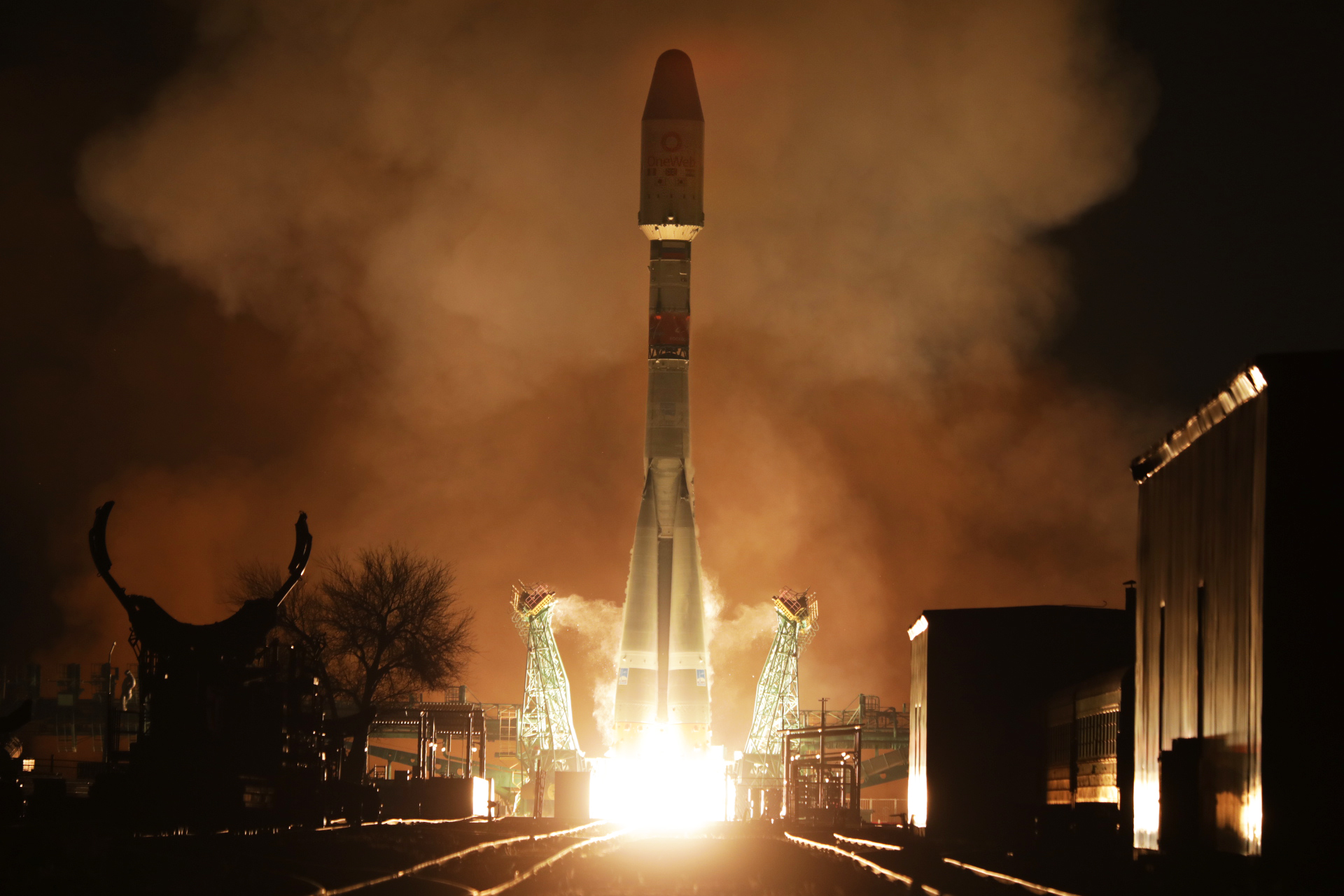 Arianespace launches 36 satellites for OneWeb from the Baikonur Cosmodrome on Dec. 27. Photo: Arianespace/OneWeb

OneWeb closed out 2021 with its 12th satellite launch on Monday, Dec. 27. Arianespace and its Starsem affiliate launched 36 satellites for OneWeb on a Soyuz rocket from the Baikonur Cosmodrome in Kazakhstan at 6:10 p.m. local time, and 8:10 a.m. EST.

The flight lasted three hours and 45 minutes and included nine separations to deliver the satellites. The satellites were released at an altitude of 450 km and will take a few weeks to reach their operational altitude of 1200 km. OneWeb confirmed signal acquisition for each satellite after the mission.

This launch brings OneWeb’s constellation to 394 satellites, 60% of OneWeb’s total constellation. This was OneWeb’s eighth launch of 2021, all Arianespace missions.

It was also Arianespace’s 15th and final launch of 2021, following the launch of the James Webb Space Telescope (JWST) for NASA on Dec. 25.

“Today’s launch is a great way for OneWeb to complete a highly successful year. With more than sixty percent of our constellation now in space, the business is fully-funded and we have a growing workforce of more than 400 people. I have been immensely proud to lead the business and our team over the last year as we continue to make substantial progress launching our global network, and I look forward to building on this momentum in 2022,” commented OneWeb CEO Neil Masterson.

OneWeb also recently announced that Vocus will be its first distribution partner in Australia. Vocus will use OneWeb’s constellation to expand bandwidth for a variety of industries such as mining, oil and gas, utilities, construction, and community aggregation.