Making IOT Work at the Edge with Satellite 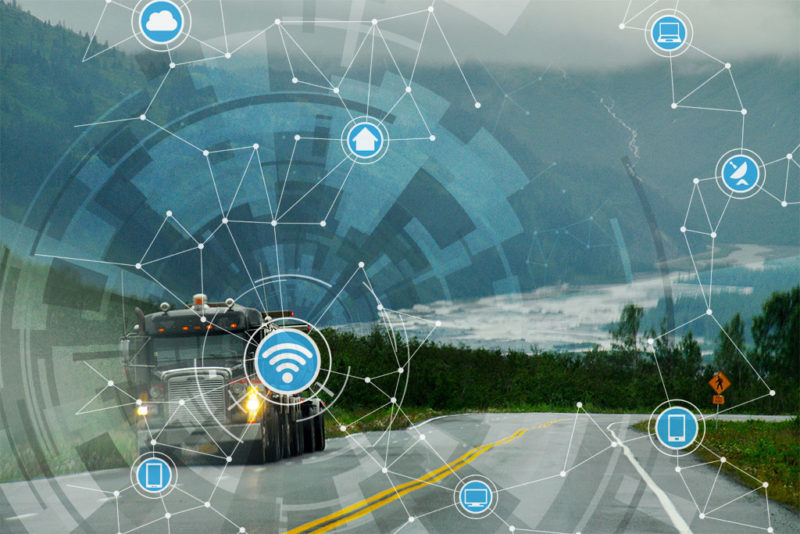 The Internet of Things (IOT) is projected to be one of the biggest technology growth engines of all time. Forecasters estimate there will be up to 70 billion connected devices by 2020, far exceeding the number of broadband connections among human beings. It will be awesome.

How often have you read a paragraph like that? Quite a few times, I suspect. Whatever the technology under discussion today, the numbers are big, the potential is unlimited and the writer seems to be breathing very hard.

As a futurist recently reminded me, technology forecasts are generally worthless. Nobody knows how big or important the Internet of Things will be. Certainly, the potential is there. Properly implemented, IOT should be able to predict when machinery needs to be repaired and optimize production in factories. It should automate inventory management and monitor medical patients’ vitals. Your city may get smarter. So may your home and your car, and your phone will know what you want before you do.

What forecasters forget is the terrible track record of complex technology implementations. According to a 2009 IDC report, 25 percent of IT projects fail outright. Another 20 to 25 percent provide no return on investment, and the rest require major reworking by the time they are finished. More useful than forecasts are examples of what is actually being done in IOT, and in particular where satellite has a real chance to carving out a valuable niche.

For all of the heavy breathing, IOT is a lot like something familiar: automating a factory. We have been doing that for decades — combining sensors, mechanical systems and information processing to make things faster, cheaper and better than before. IOT is about busting out of the factory and taking these technologies on the road. That road may be a city street or a major highway. But it also will be in the middle of nowhere, or on the ocean waves, or up among the clouds. Much of the most economically critical IOT activity is going to take place at the edges of the network, and that is territory the satellite industry knows well.

For example, cargo ships transport 90 percent of the world’s trade. Most of it handles the journey well, whether it is oil, wheat, running shoes or toaster ovens. But food and other perishable goods require careful handling in refrigerated shipping containers. These units maintain a con­stant temperature to protect perishable goods as long as they are supplied with power from an engine or generator. There is high value in being able to ensure a shipper that the tempera­ture inside the container remained within the right limits, and IOT technology is the only way to do it.

A Better World Via Satellite

That consideration led one of the world’s biggest shipping lines to engage an American company called Globecomm in develop­ment of a comprehensive IOT system for a fleet of more than 300 container ships. Like all IOT deploy­ments, it required a close partnership among the systems integrator, communications carrier and technology provider.

Each refriger­ated container is equipped with tem­perature sensors, a pro­cessing unit and GSM mobile trans­mitter. The mobile transmit­ter talks with an onboard cellu­lar base station, which in turn links to an onboard satellite antenna to deliver the tem­perature data to the client from anyplace on the globe.

It sounds simple enough — but making it work requires a complex mix of technologies and services. Each container transmits in regular bursts of data to the onboard processor, which assem­bles the information into a stream of temper­ature readings related to the identifying number of the container. The satellite terminal sends this data to a satellite, which delivers it to the mobile carrier’s mobile core network, from which it is transmitted to the shipping company’s computer.

The communications link must work regardless of where the ship is or what satellites are available over­head. Delivering that reliability takes multiple technologies. The ships are equipped with maritime Very Small Aperture Terminal (VSAT) antennas that can maintain a lock on a satellite regardless of the ship’s motion. That delivers a Committed Information Rate (CIR) at a fixed price to the ship for IOT, but also for email, broadband and other services. If the VSAT connection is lost for any reason, the system auto-switches to a different satellite system, either Inmarsat or Iridium, for which the ship pays by the minute. And when the ship is near land, the system also searches for a mobile network and switches the data connection to this cheaper alternative.

What justifies this complex and costly system? When a container-load of bananas reaches its destination too ripe for sale, somebody has to make good on the loss. With the temperature data from continuous monitoring, the fleet operator has a strong case to make that its container did its job from the moment it was sealed to the moment it was opened. It does not take too many containers of bananas, or any other perishable commodity, to provide a tasty return on investment.

Keeping Combustibles Where They Belong

Investment in renewable energy has grown fivefold since 2000, but the world’s economy runs on oil and gas: 82 percent of the energy we use comes from fossil fuels pulled from the Earth’s crust. The value of oil and gas, and the dangers it poses, make it another economically critical field where IOT can make a major difference..

In a project in Alaska, which has some of the nation’s highest gas prices, Globecomm created a solution to deal with theft of fuel. Commercial truck drivers in the sparsely-populated state log thousands of miles and operate with limited supervision. Some choose to reward themselves by siphoning fuel to sell or use out of the truck’s tanks. To combat theft, the company installed an IOT system with sensors and a processor to measure the truck’s mileage and changes in fuel level; too little mileage for too much fuel consumption signaled a likely problem.

Light-fingered drivers, however, adapted. The IOT system delivered its data to the company over cellular, so drivers learned to wait until they were out of cell range to drain the tank. Globecomm’s solution added a satellite link, so that the IOT network remained connected wherever the truck traveled. It included technology in the onboard processor that could detect when more enterprising drivers tried to tamper with the IOT system or either communications channel.

The number of connections is not in the billions. Growth is not going to take your breath away. But the value of extending IOT beyond the network’s edge is real, as is the customer’s return on investment. And that is how IOT will make the world a better place for us all. 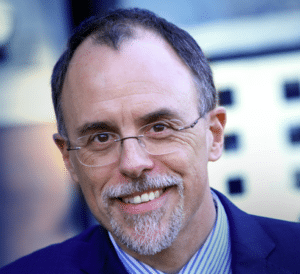 Robert Bell is executive director of the Space & Satellite Professionals International. SSPI produces the Better Satellite World campaign, which dramatizes the immense contributions of space and satellite to life on Earth. More at www.bettersatelliteworld.com.